From lifestyle and beauty to architecture
and jewellery, have you picked up our
award-winning “glossies” from your
nearest newsstand yet?

Our potential to create bespoke
coffee table books is unparalleled—
we work relentlessly to help you
share your story in the most
aesthetic manner.

Spenta Multimedia occupies a unique position in the magazine and content creation space. It has in-house and scalable capabilities in content generation, design, printing, digital and events.
Read More 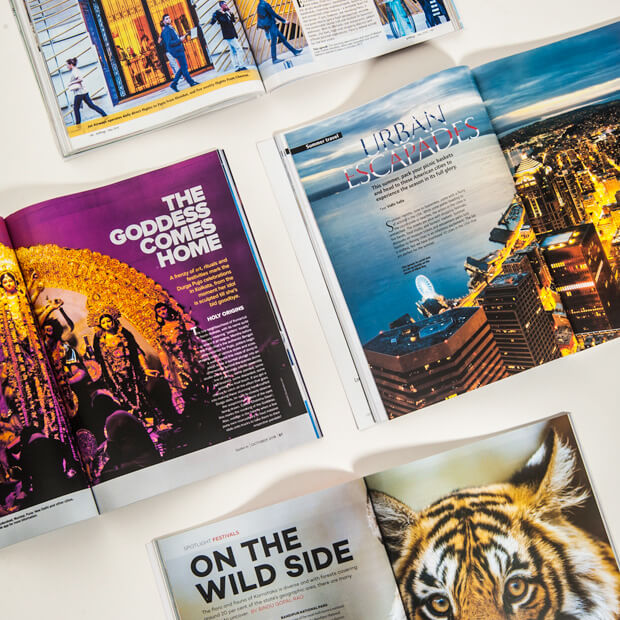 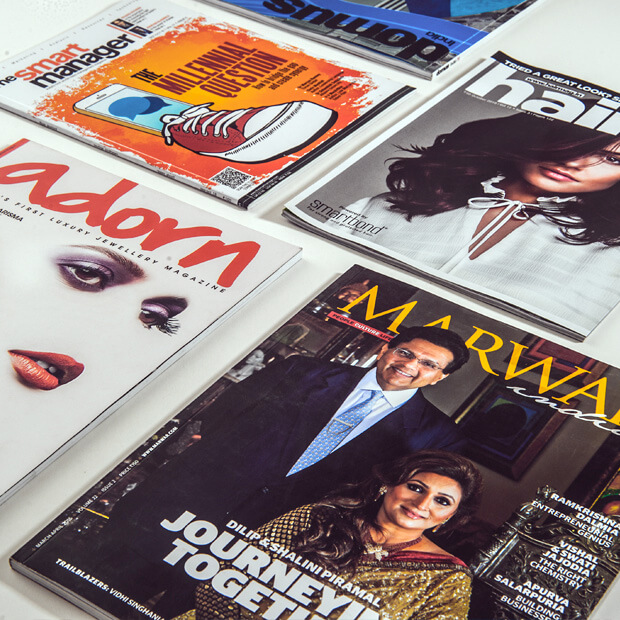 Spenta entered the consumer publishing space in 2002 and our business model encompasses ownership, co-publishing and licensing. We publish special interest magazines that offer high customer retention and are known for excellent content and design. 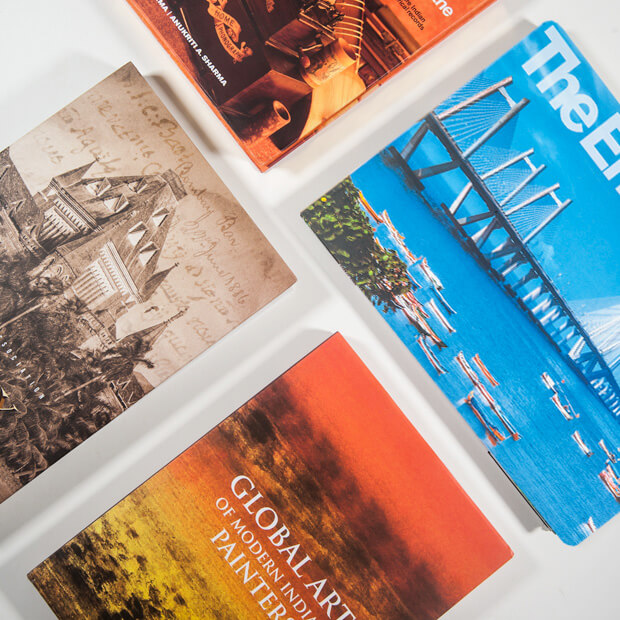 Spenta Multimedia works with eminent personalities and business houses to publish and/or print coffee-table books and limited editions in genres such as art, architecture, travel, tourism, luxury, food and beverage, and Indian culture. 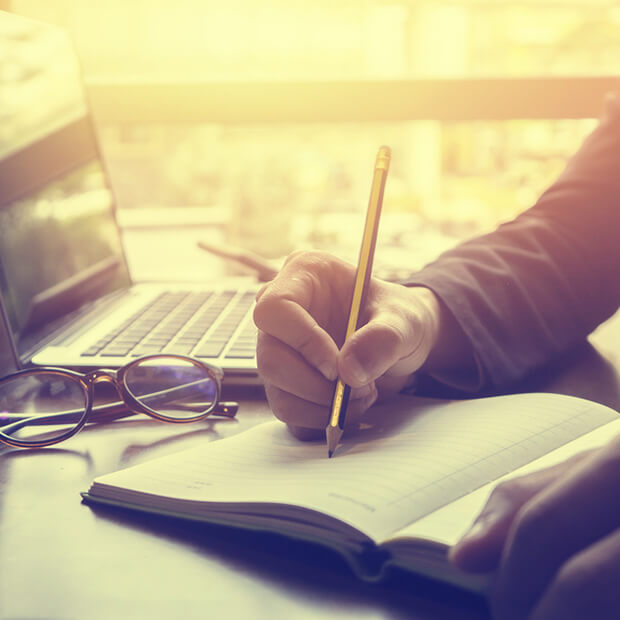 We offer unmatched editorial expertise, content creation and design to our clients. We strive to deliver excellence through our offerings while upholding ethics and integrity. 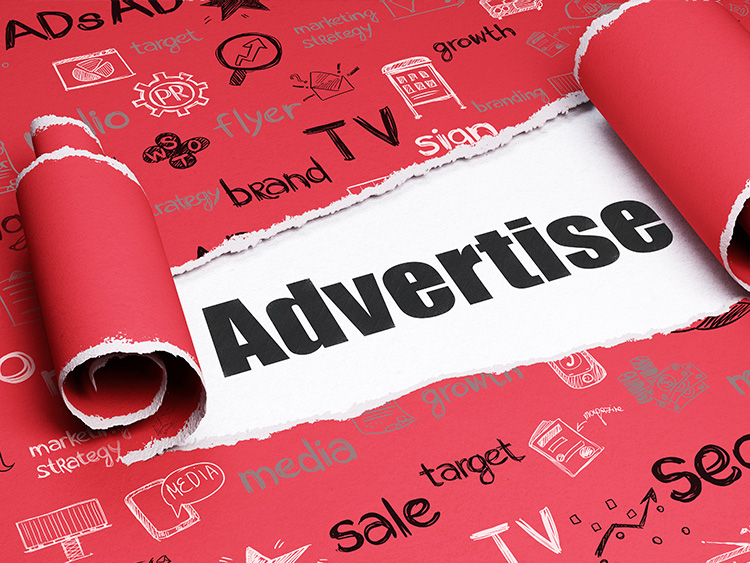 The travel media space is growing rapidly as flyers take to the skies in increasing numbers. In-flight magazines are one of the most effective ways to engage your customers in a relaxed environment. Spenta has more than two decades of experience in producing top-quality in-flight magazines such as JetWings, Go Getter and Spice Route that connect advertisers with discerning customers that seek exclusive products and experiences. 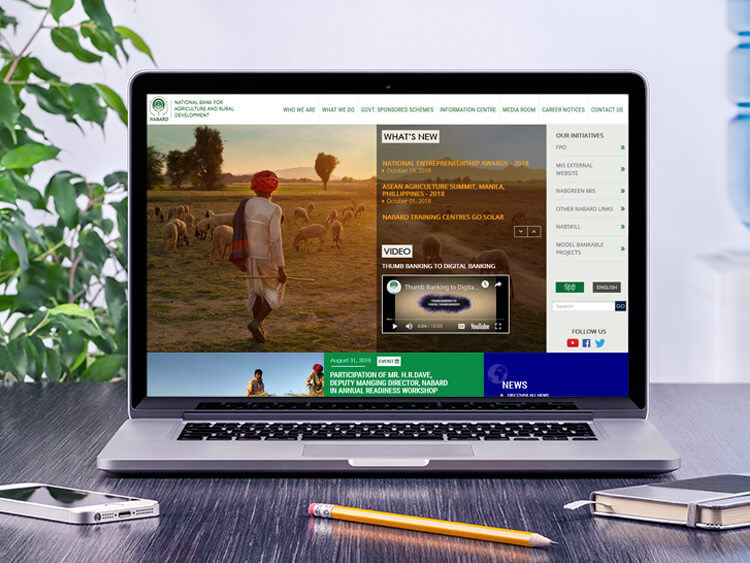 Spenta Digital is a full-fledged web agency which effectively explores the digital medium for a diverse range of clientele.

A team of creative professionals who will drive the digital performance of your company to give you measurable results.

Spenta Multimedia takes great pride that two books edited, designed and printed by the publishing house were released by Prime Minister of India, Narendra Modi, on December 16 and December 18. The Making of Kumbh, Prayagraj 2019 commissioned by the Uttar Pradesh Government was released by the Prime Minister in the presence of Governor Ram Naik and Chief Minister Yogi Adityanath in Prayagraj (Allahabad) on Sunday, December 16, 2018, while Timeless Laxman was released by the Prime Minister at Raj Bhavan, Mumbai in the presence of Governor Ch. Vidyasagar Rao, Chief Minister Devendra Fadnavis and Spenta Multimedia’s Chairman Maneck Davar on the dais. 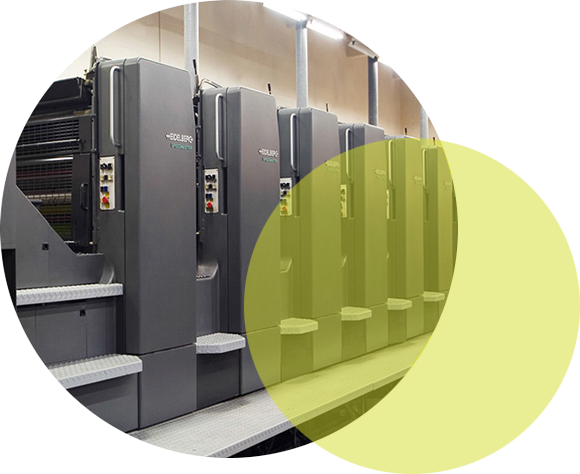 Spenta is a one-stop shop for all printing needs from designing, processing and printing to binding and dispatch. We undertake high-end design and printing jobs such as illustrated books, art catalogues, brochures, etc., and offer a comprehensive range of pre-press, press and post-press services at our state-of-the-art, integrated printing facility.

Read what our esteemed clients have to say about us!

"Simply outstanding! Well done! The look has totally transformed the magazine, just like our company. Superb layout, easy to read, good colors and categories. Love the paper, touch and feel. 10/10 -No improvements needed. Keep it up."

Mr. Doshi, Chairman Premier Limited.
"I would like to commend you and the Spenta team for the quality output and turnaround. Feedback on the product within the bank has been very positive.”

Arun Malkani, Vice President Retail Banking, Axis Bank
"Our sales team, internal Abbott team & our chemists have rated the magazine „stunning‟. With the great work done by the Spenta team, we are proud to announce that Shubhlabh would now be a bi-monthly instead of a quarterly."

Ritu Vidhani, Manager Abbott Healthcare
"The response to the Newsletter has been really good!I wanted to take this opportunity to congratulate the entire team on a job well done!Great going!"

All rights Reserved. © Spenta Multimedia 2018 | Made with
SUBSCRIBE NOW